If you are someone who enjoys cooking and trying different types, whether from your surroundings or from other countries, or if you are in love with baking, making pastries and desserts and shaping them, and you love to invent forms of them and master in their work, or just cooking and making sweets for those you love gives joy to your life and the lives of those around you Or, if you love eating in general and love to try everything new, here you will find anime series on cooking that will make you enjoy watching drama, comedies and adventures, in addition to the visual pleasure that you will have while watching these beautiful dishes and sweets.

The “Kazuma” family is a traditional Japanese family who prefers rice to the breakfast table, until one day its older sister “Inaho” erupts and demands to put bread on the table with the rest of the food, and after an argument with her ninety grandfather who does not give up easily, she takes her six-year-old little brother. Kazuma ”takes her to the Saint Pierre bakery which she prefers in their small city, and the small“ Kazuma ”is astonished by the forms of bread and pastries in the bakery, and his sister asks the baker to provide her little brother with bread for breakfast to convince him that it is delicious and delicious like rice, and Kazuma will enjoy it With him and decides to take him to his grandfather so he can taste it and change his mind. But when his grandfather takes it with other traditional food, he does not like it. Thus, “Kazuma” and his sister return to the baker again and tell him about the problem, and the baker realizes the cause of the problem and teaches “Kazuma” kneading method, and “Kazuma” bakes a new dough with the replacement of one component so that this time the bread becomes compatible with other traditional dishes that his grandfather loves.

From here, Kazuma’s passion for preparing multiple types of bread aims to produce the best types of bread, which he wishes to be called Japan bread. Such as: what is called French and English bread.

The next seven years pass by experimenting with various types of pastry methods, and introducing different ingredients for baking dough, until he decides to go to Tokyo to join the most famous bakery and pastry bakery in Tokyo “pantasia” until he develops new types, and publishes them for all people to eat.

The anime is beautiful and fun and has touching and comic situations, “Kazuma” himself is a cheerful boy who is full of vitality and kind-hearted and naive, and it infuriates some around him sometimes. But eventually they succumb to the kindness of his heart and cooperate with him, and he is very excited and his passion for learning without limits.

Show the various types of baked goods in beautiful and attractive pictures, and even kneading and baking methods are easy and simple, as they explain any terms that baker handles, the reason for naming any type of pastry and the distinction between types of butter, for example, or talking about milk allergy and how to replace milk with other ingredients while kneading for them .

The anime is also not without the spirit of competition between “Kazuma” and the rest of the contestants, and whatever the challenge in front of him never hesitates to go to the farthest place until it comes with a component that helps him to prepare a special dough and bake it distinctively.

In addition to all of this nice comic situations, which leave you laughing at its funny, especially the reactions of the competition judges after tasting different types of bread.

This anime may sound childish and comical but revolves around the worlds of Patissier, or the dessert-maker “Ichigo”, a middle-aged girl who loves sweets madly. In her childhood, her dream was to become like a grandmother, a candy maker, to bring happiness to the hearts of those who savor her sweets, when she grows, she forgets her dream, but one day she goes to a sweets exhibition and savors a “cake” made by a professional with a French patisserie in this exhibition, and analyzes its ingredients as soon as we taste and be amazed and discover She has a strong and strong sense of taste that enables her to analyze the ingredients of what she eats, and she accurately describes her feelings to suit the maker of this dessert. Therefore, he invites her to enter the private school St. Marie Academy is one of the high schools that prepare candy makers.

Anime events are beautiful and distinctive, and they have a nice comedy, in addition to the most important thing that attracted me to him, “Making sweets”, the way they are made real, and gives real instructions in a fun and attractive way.

You will live a state of joy and visual pleasure through a wonderful and beautiful mixture of attractive landscapes, beautiful colors and dazzlingly drawn sweets.

Of course, the dramatic side is also special, and the beautiful friendship between “Ichigo” and the three boys from her team, “Hanobosa”, “Endo” and “Kachino” are very impressive and beautiful.

Their enthusiasm and perseverance while studying and making various sweets, applying their ideas and coordinating between their different tastes.

Driven by a desire to take revenge on her mother; Because she left her as a little girl to marry again. The 21-year-old Nicoletta goes to Rome and arrives at the restaurant owned by her stepfather, and once she enters until you find that this Italian restaurant is different from other restaurants, and that everyone in it is older men “over 40” and they wear glasses, and they are The reason why the restaurant is so popular with people, of course, is with the delicious food they make.

After her mother asks her to keep the fact that she is her daughter’s secret. “Nicoletta” decides to stay in Rome and search for work, and while she is always in the restaurant, her passion for cooking and her love for cooking is renewed, and she decides to master cooking at the hands of the chef in this restaurant. Thus, “Nicoletta” gradually forgot her desire for revenge, merged and devoted her time to learning Italian cooking and dishes.

Pizza between love and nutrition Do you share my passion for pizza? Or are you afraid of your grace... 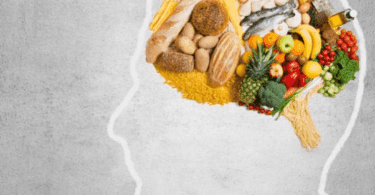 Foods that increase focus Who among us does not complain of forgetfulness and poor focus from time... 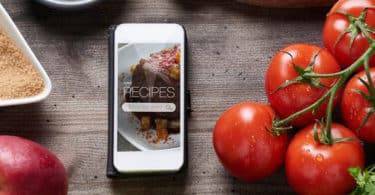 Best cooking apps and recipes for Android and iOS phones Cooking is one of the most important...